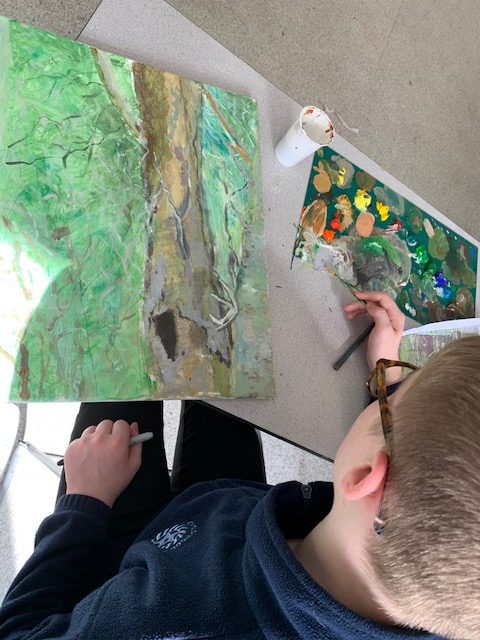 Last week in Cloughwood Academy the students met not just one famous artist but two!

The students in years 7,8, and 9 met Ian Murphy, who is an artist known for his paintings of buildings. The Year 7 and 8 workshop was based around the local landscape of the Clough. They produced mixed media drawings of trees. Year 9 took part in a cross curricular project where they took photos of industrial architecture and drew from these photos with Ian Murphy.

In Year 10 the pupils worked with Adebanji Alade, who is an artist based in London, known for his studies of people and also his landscapes. He has appeared on the BBC’s one show as their artist in residence.
Adebanji also did a motivational assembly about the importance of a growth mindset.