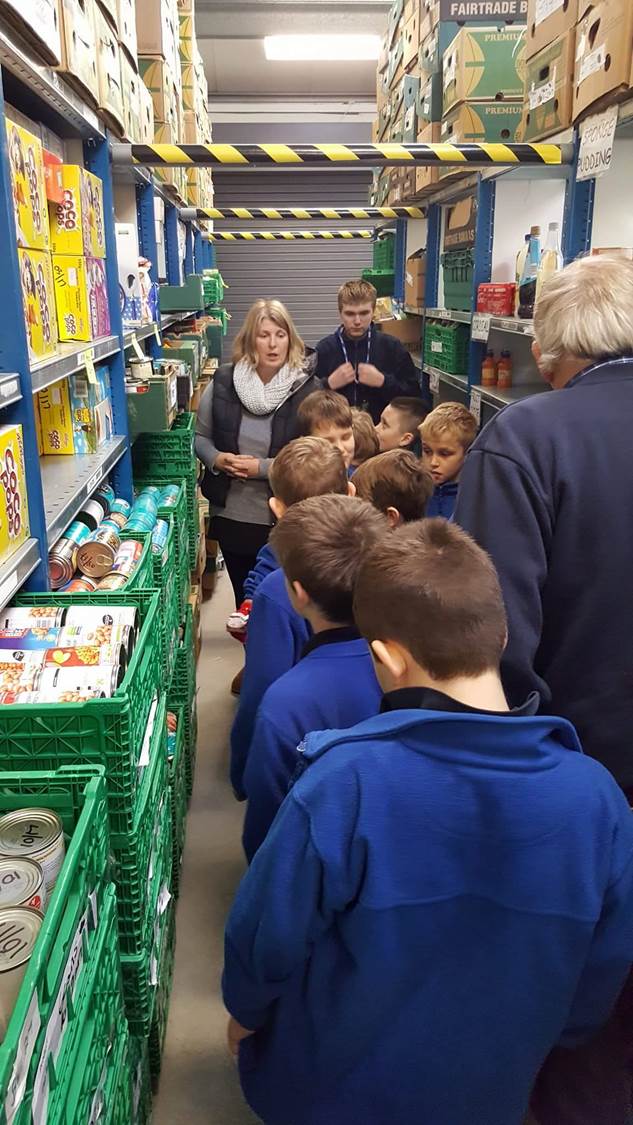 You may remember in the Christmas term we asked for donations of food and non perishable items to donate to Mid Cheshire Food Bank. Organised by Miss Jones from Primary, during December she made the trip to the Food Bank which is based in Winsford, with 9 boys and the 65.5kg of food which was donated.

They met with Roger, the organiser, who showed the group around and each pupil asked a question about how the Food Bank operated and who it helps. After handing over the school’s donations the group then went to Tesco to hand out leaflets about the Food Bank to the public. They were also shown the donation box in Tesco foyer where donations are taken which helped the boys to embed their knowledge and also pass on the message of how important the Food Bank is to local people.

Miss Jones was really impressed with how well the boys behaved and how interested they were in the information Roger gave them. We would also like to say a big thank you to Mrs Bennett and Mrs Williams who both donated generously to the collection.
We will be supporting the foodbank again this term, this time with a drive for toiletries, which they are typically short of. More information on this will sent out closer to the time.

The Trussell Trust runs a network of over 400 foodbanks across the UK with only volunteer support. With an estimated 13 million people living below the poverty line, foodbanks are fast becoming a lifeline of support for many families who struggle to make ends meet each month.
For more information about the Trussell Trust and the great work they do, please click here.