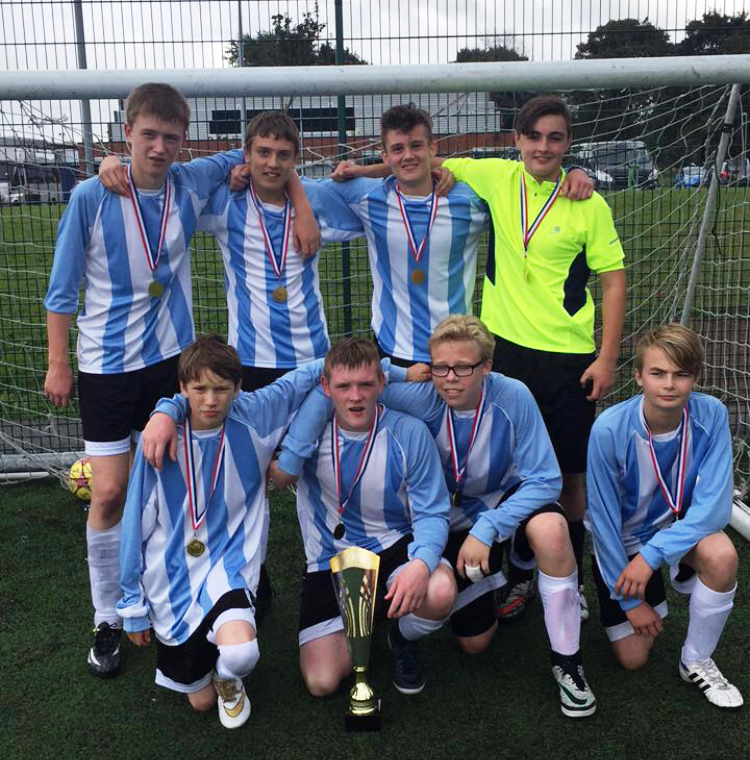 The school football team have made Cloughwood history by securing an overall win in today’s cup tournament in Walton, Liverpool. The team played three group games, losing the first game 2-0 to Harmonize Academy but pulling it back with a 2-1 win against Newfield, with goals from J.C-Thompson and L. Wilson. The third match saw an epic win of 7-0 against Meadow Park with goals from L.Wilson (4), J.C-Thompson (2), M.North (1) which saw them place second in the group.

Tensions were running high in the semi-finals, but another 6 goals saw the competition off, as rivals Woolton High failed to score the entire match. L.Wilson (3) and J.C-Thompson (3) again dominated play.

In a thrilling final versus Harmonize, Cloughwood saw an easy 4-1 win with goals from L.Wilson (2), M.North and the final goal from M.Chidley.

Man of the Match was A.Briscall and Top Goal Scorer L.Wilson.

The school are extremely proud of the boy’s achievement and this very well deserved win. Big thanks to Mr Hughes, Mr Rayner and Mr Marshall for their help coaching and transporting the team. Here’s to the next big win and the new trophy cabinet that is presumably on order! 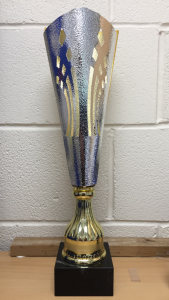 Top drawer for a night