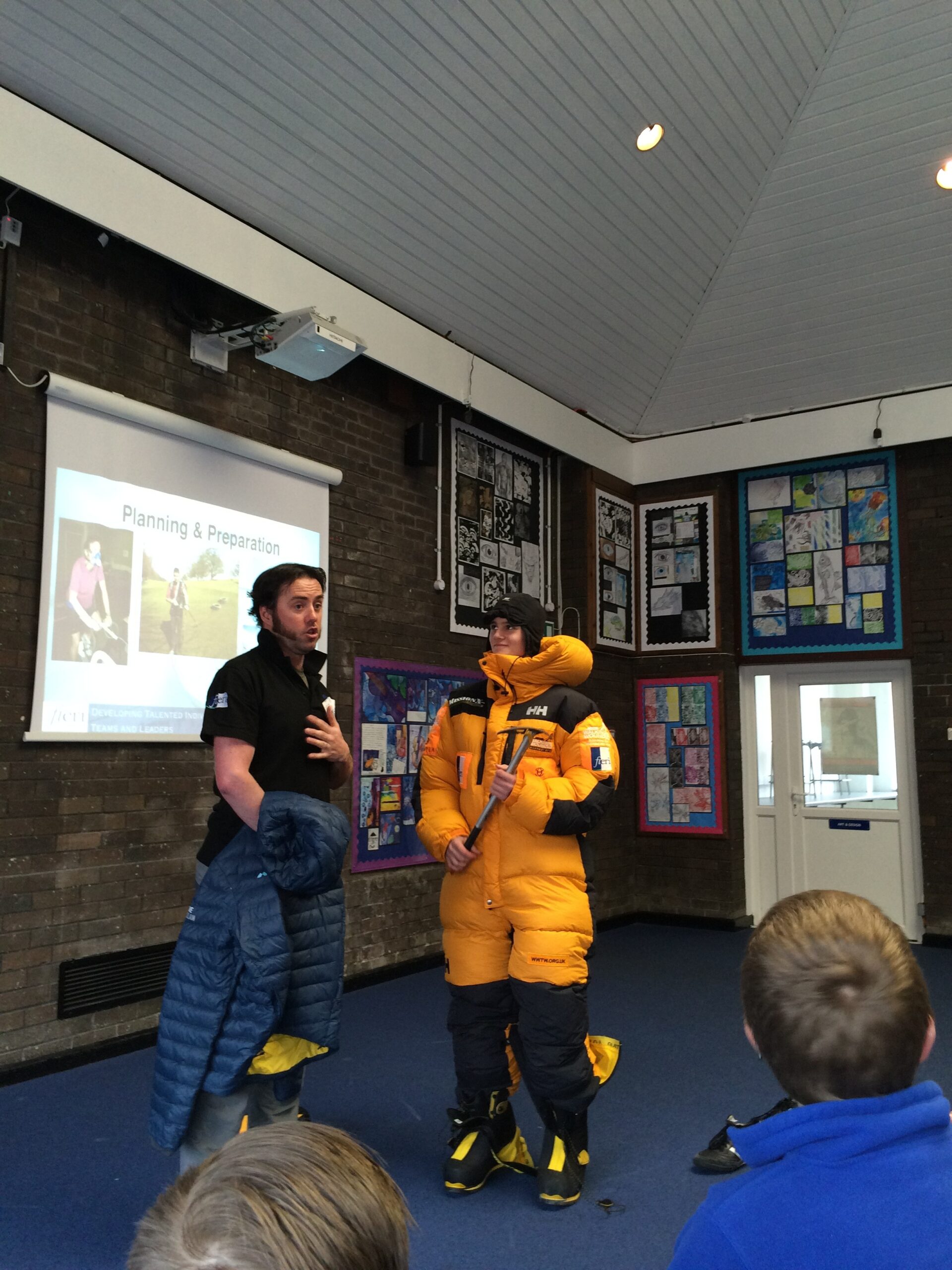 Yesterday Capt. Martin Hewitt, a member of the Walking with the Wounded initiative, visited Cloughwood Academy to talk to students about his experiences. Formerly a British Army Officer in the Parachute Regiment, he achieved the rank of Captain. He spent 8 years in the Army as a Commissioned Officer and he was mentioned in Queens dispatches after his first tour of Afghanistan. Whilst on his second tour, Martin was shot in the upper right chest and in his right foot by Taliban insurgents. The result of his injuries left him with a paralysed right arm that has very limited movement.

Capt. Hewitt explained that after being medically discharged from the British Army he turned his thoughts to sports and put together the first armed forces disabled ski team. Their success led them to competing in the Paralympics World Championships. Following this, Martin went on to try and complete the ‘Adaptive Grand Slam’; 7 PEAKS. 7 CONTINENTS. 2 POLES – climbing the highest peak on every continent of the world and to walk to both North and South Poles unsupported. He has completed the North Pole and Mount Mckinely in Alaska and made an unsuccessful attempt on Mt Everest. Due to treacherous weather conditions the expedition was cancelled when they had almost reached the top!

Capt. Hewitt was part of the Harry’s Mountain Heroes documentary following himself and other soldiers training in the UK with Prince Harry as they prepared to take on Everest and to overcome their physical disabilities as a team. Although their ambitions to climb Everest were not fully realised, they gained strength and learnt valuable lessons that helped them all as they faced life back in civvy Street again.

He spoke to our boys for nearly 2 hours and the boys sat silently watching and listening to every word he had to say – they were completely captivated and in awe of Capt. Hewitt for the challenges he has overcome.