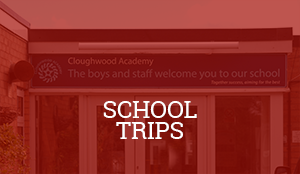 As part of the Merseyside EBD League, Cloughwood Academy Football Team attended a tournament in Liverpool yesterday. Already being positioned 2nd in the league, Cloughwood began strong but lost 1 – 0 to top of the league side Harmonize Academy. However we completely redeemed ourselves in the second game with a 10 – 1 victory. Goals were scored by Jack C-T (3), Macca (3), Matty (2) and Reece (2).

We Are Fully Open